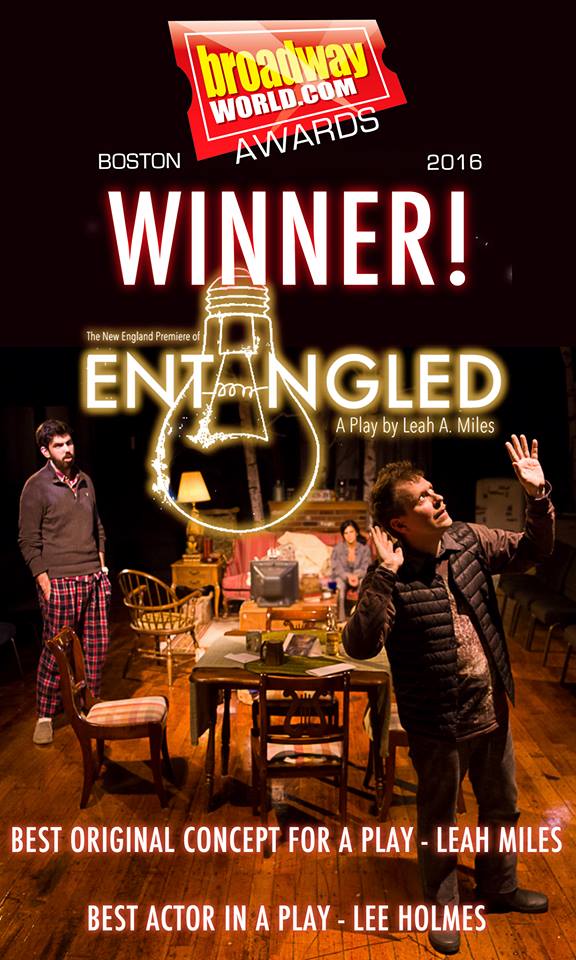 Votes are cast; polls are closed; and results have been tabulated! After a record number of voters, Broadway World is very excited to announce the 2016 Boston winners!

In ENTANGLED, as in life, our darkest secrets always find their way to the light. Sometimes this light disarms them, diffusing their potency. And sometimes the light catches the cracks and the dirty corners, breathing life back into those dormant memories. And no matter how much we try to rewrite history, the truth always finds a way to muscle through the lies. Two best friends, Ian and Scott along with Hillary, the woman Ian loves, find themselves trapped in an impossible predicament: un-knowing what they know. And so, on a stormy new year’s eve on the secluded Peaks Island in Maine, our characters find themselves trapped by the snow and the avalanche of horrible realities they’ve been trying to hide from one another over the years. Everyone’s secrets are revealed. No one is safe from blame. And someone will not make it off the island alive.